The Peach Music Festival will be in full swing at Pavilion at Montage Mountain on Friday 2nd July 2021, and you can get your tickets here! Set up by The Allman Brothers Band in 2012, the annual Scranton festival brings you some of the hottest acts on the festival circuit – local and national, jamming it out across several stages! There's also a huge selection of food and craft stalls for your delight, and access to the wet and wild Montage Mountain Waterpark! As it's the 4th of July weekend, there'll also be fireworks every night! 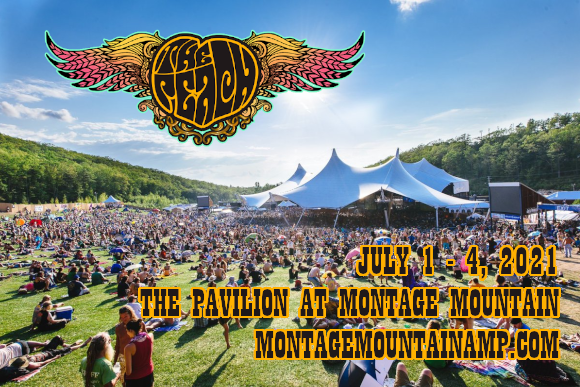 Founded by The Allman Brothers Band in 2012, the Peach Music Festival is an alt-rock music festival that attracts thousands of festival-goers every year. In addition to an exciting line-up of some of the biggest names on the jam band scene, this musical shindig also features an unbelievable selection of food and craft stalls from local and national vendors, as well as access to the Montage Mountain Waterpark, which is located inside the festival grounds and features a lazy river, slides, a zipline & more! This year, the festival takes place over the 4th of July weekend and in celebration, there'll be firework displays every night! This year's line-up is bigger and better than ever and features some of the festival circuit's most entertaining bands, including:

…and many, many more!