Yes, it’s true. One of the most influential metal bands EVER is about to step down – but they’re not going to go out without a bang! Slayer’s final tour is coming to the Pavilion at Montage Mountain on Tuesday 31st July 2018! Joining them on their final MASSIVE tour are Lamb of God and fellow Big Four member Anthrax – NO self-respecting metalhead can afford to miss this!! Hit the “Buy Tickets,” button above to grab yours NOW!! 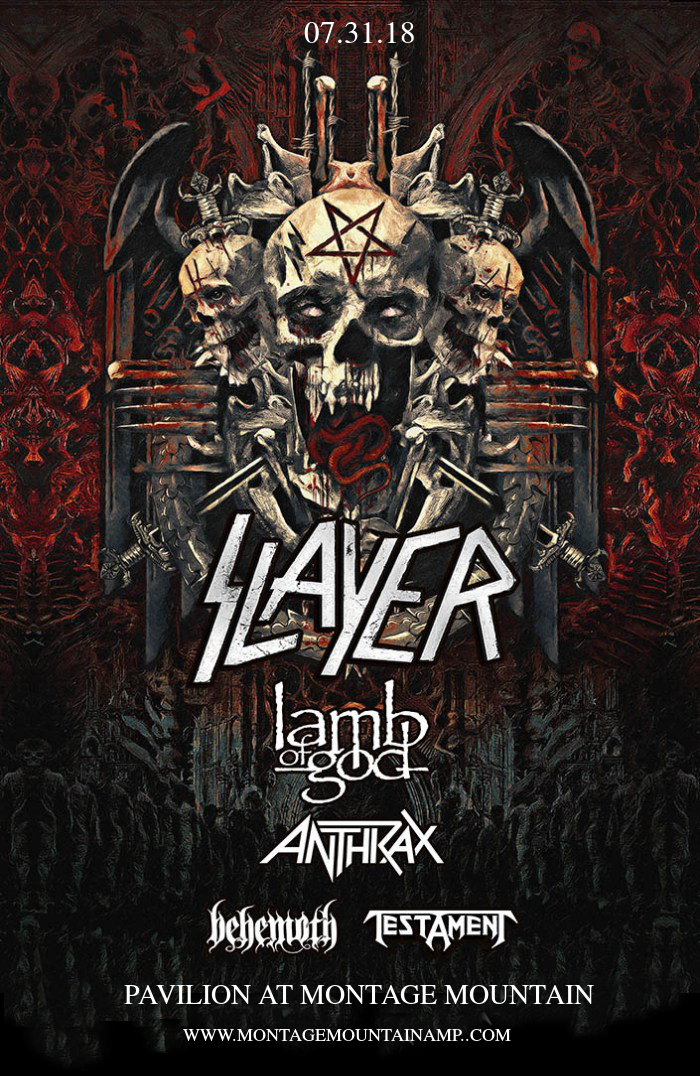 “Would there be black metal without Slayer? Maybe not,” said Pitchfork in an article that accurately summed up Slayer’s legacy as one of the greatest metal bands to have ever existed. After nearly four decades together, Slayer’s influence on heavy music has been unparalleled. Starting out on the underground scene, their third album, “Reign In Blood,” broke through to a mass mainstream audience, charting in the Billboard 200, and was one of the defining records of the emerging thrash genre of the 80s. Today, the album remains widely influential, and Slayer remain highly regarded as one of the main pioneering acts that helped to define metal as a genre and provide the inspiration for countless metal sub-genres that exist today.

Don’t miss out on your chance to catch Slayer live for the very last time. Grab your tickets QUICK while they last!!