The incredible trio act – Lady Antebellum are once again hitting the road, but this time they are back bigger than ever! Fans can grab the chance to see them as they stop off at a venue near you this coming Summer! This is Country music at it's very finest… special guests include; Kelsea Ballerini & Brett Young as they all perform LIVE at Pavilion at Montage Mountain on Sunday 9th July 2017!

Tickets are NOW on sale – but won't stick around for long – book yours before it's too late! 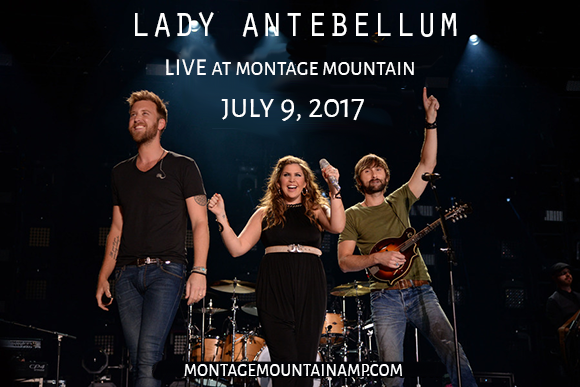 As one of the most popular artists on the Country scene, Lady Antebellum have a truly dedicated fan base that stretches not just across North America but around the world. After their debut back in 2006, in the heart of Nashville… their career has been ever growing into a major success. The line-up is led by Female vocalist, Hillary Scott, she's joined by Charles Kelley (lead vocals) and Dave Haywood (background vocals, guitar, piano, mandolin).

This talented group have released countless of number 1 hit songs and many chart topping anthems such as; "I Run To You" "American Honey" "Looking For A Good Time" and "Hello World" racing to the top of the charts. Their biggest track was the 2009 single, "Need You Now" which is still played on radios today. This song alone gave the band 5 Grammy Awards, including Song of the Year and Record of the Year!