The countdown has now begun until Saturday 21st July 2018 as The Peach Music Festival RETURNS for another unstoppable year at Montage Mountain! To follow in the same footsteps, the 2018 event will bring the very best selection of live music to enjoy! Grab your tickets for the Saturday Pass and catch the likes of; Dark Side of the Mule by Gov't Mule, Joe Russo's Almost Dead, Blackberry Smoke, Chris Robinson Brotherhood and so much more!!! Tickets are available as of now. Are you ready?! Book online today! 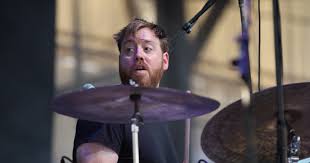 Stay tuned as the 2018 line-up is yet to be announced, previous acts to have performed at The Peach Music Festival include the incredible; Greg Allman, Toots & The Maytals, The Floozies, Widespread Panic, The String Cheese Incident and more! Each year gets bigger and better than before so this time is no doubt going to walk in similar footsteps!

Get ready for the 2018 instalment of a weekend full of nothing but the most talented bands and solo artists to walk the earth! The Peach Music Festival is a special place and so it's no surprise that it's thousands of followers keep on returning year after year!

As the first ever Allman Brothers inspired music festival in northeastern Pennsylvania, on the grounds you can expect an incredible selection of food and craft vendors and free access to the Montage Mountain Ski Resort, which is transformed into a large water park in the summer months, what could be better than that in the hot summer sun?! Let the fun begin… book your passes NOW to make your festival season and unforgettable one!